Hard water without water softener causes a scale formation on your home appliances; they are made up of calcium and magnesium bicarbonates, which is very hard to remove over a period. Households with water softeners are tending to be less affected with these issues as they replace the calcium & magnesium ions with sodium & potassium ions.

Hard water can actually cause itchy dry skin and hair because the hard water contains large amount of calcium & magnesium ions. The lack of moisture in hair & skin with high levels of hard minerals can also mess with the hydration and pH balance of your skin which could potentially cause breakouts in skin and hair. This eventually leads to hair loss. These problems can be rectified by the hard water softeners which are available from the market.

Have you ever wondered why your clothes are faded, which aren’t to be the reason is very simple its because of hard water which is used for washing clothes. The hard water materials leave the traces of substances which makes the clothes looking dull. Houses equipped with hard water softeners have the lesser impact of the hard water problems.

Pro longed usage of hard water forms the strains in sinks & bathtubs which is very hard to remove over a period. These strains are formed by calcium & magnesium products which is very hard to remove. To rectify these issues usage of soft water is the effective and efficient way, water softeners comes in handy to resolve these issues, which are caused by the hard water. 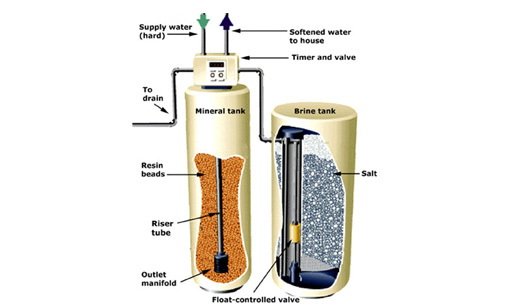 We are the dealers of water softeners, water level controllers, solar equipment's, batteries, inverters, ups and other equipment's in coimbatore. View all posts by selka marketing

Selka Marketing is a Coimbatore based dealer point, since in 2005. We have esteemed and long term connections in the previous 12 years.We are Distributors Ventura Water level Controller for Tamilnadu.